Suzanne Nossel currently serves as the Chief Executive Officer of PEN America, the leading human rights and free expression organization, and she is author of Dare to Speak: Defending Free Speech for All. Since joining in 2013, she has doubled the organization’s staff, budget, and membership, spearheaded the unification with PEN Center USA in Los Angeles and the establishment of a Washington, D.C. office, and overseen groundbreaking work on free expression in Hong Kong and China, Myanmar, Eurasia, and the United States. She is a leading voice on free expression issues in the United States and globally, writing and being interviewed frequently for national and international media outlets. Her prior career spanned government service and leadership roles in the corporate and nonprofit sectors. She has served as the Chief Operating Officer of Human Rights Watch and as Executive Director of Amnesty International USA. During the first term of the Obama Administration, Nossel served as Deputy Assistant Secretary of State for International Organizations, where she led U.S. engagement in the United Nations and multilateral institutions, on human rights and humanitarian issues. During the Clinton Administration, Nossel was Deputy to the U.S. Ambassador for UN Management and Reform at the U.S. Mission to the United Nations, where she was the lead negotiator in settling U.S. arrears to the world body. During her corporate career, Nossel served as Vice President of U.S. Business Development for Bertelsmann and as Vice President for Strategy and Operations for the Wall Street Journal. Nossel serves on the Board of Directors of the Tides Foundation. She is a former senior fellow at the Century Foundation, the Center for American Progress, and the Council on Foreign Relations. Nossel is a magna cum laude graduate of both Harvard College and Harvard Law School. In 2021, Nossel was selected as a member of the Oversight Board, an independent body using human rights principles to adjudicate decisions on Facebook and Instagram. Read more about her appointment here. 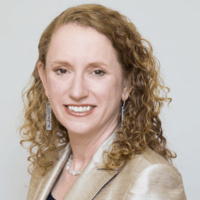