President of Paulson Family Foundation and Partner at Paulson & Co.

Christopher Papagianis is former managing director of the New York City office of e21. Papagianis was previously special assistant for domestic policy to President George W. Bush. In this role, he guided the collaborative process within the executive branch to develop and implement policies, legislation, and regulations across numerous agencies, including the Department of Treasury, Department of Housing and Urban Development, Department of Transportation, Department of Agriculture, and Department of Health and Human Services. Prior to joining the White House team, Papagianis worked in the U.S. Senate as one of the top policy advisers to Sen. Jim Talent. He received his BA from Harvard University, where he was a Peabody Fellow. 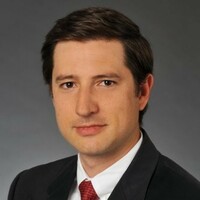