Eugene A. Gargaro, Jr. has been Chairman of the Board of Directors of the Detroit Institute of Arts since 2003, Mr. Gargaro has led the DIA through a period of challenging transition and historic transformation. From 2003 to 2007 he worked in tandem with the museum’s professional and volunteer leadership to implement a world-class $160 million renovation, expansion, reinstallation and grand opening of one of the country’s leading art museums. In 2008 and 2009 he led the effort to keep the DIA open and vibrant during the world’s financial crisis. From 2010 to August 2012, he also led the successful regional millage initiative in Wayne, Oakland and Macomb counties aggregating more than $230 million dollars during the 10 year millage term to provide essential annual operating support for the museum. In 2013 and 2014, he led a strategic initiative to successfully guide the DIA through the Detroit bankruptcy, achieved the DIA’s $100 million commitment to the Grand Bargain in ten months and secured the museum’s independent status. In May 2015 Gene and his wife Mary Anne each received the DIA’s Lifetime Service Award for exemplary volunteer service. His philanthropy is often guided by his belief in arts and culture as a great unifier, one that links together individuals of all races, religions and cultures. In addition to his role at the DIA, Mr. Gargaro is a member of the Board of Trustees of the University of Detroit/Mercy He has served in the past as Board Chair of the Michigan Manufacturers Association, the Citizens Research Council of Michigan, President of the Board of Trustees of University Liggett School, President of the Board of Governors of the Country Club of Detroit and Vice Chair of the Board of Regents of Georgetown University. Mr Gargaro has also served as a member of the Board of Directors of the Legacy Detroit Medical Center and New Detroit. Professionally, Mr. Gargaro was a member of the Dykema law firm in Detroit for 26 years before joining Masco Corporation in 1993 where he served as Vice President and Corporate Secretary before his retirement in 2008. He currently serves as legal counsel and President of the Manoogian Foundations. He is a member of the Michigan Bar Association and is a past chairman of the State Bar of Michigan Taxation Section. 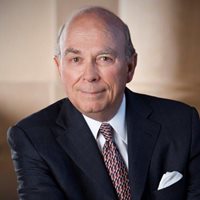