Principal and CEO of Conglomerit

Seth Persily currently serves as Principal and CEO of Conglomerit, the largest online trivia network in the world. A serial entrepreneur, Mr. Persily has operated at the intersection of law and technology for over two decades, having founded and sold 4 separate companies before embarking on his current venture. Mr. Persily believes strongly in the importance of giving back to his community, and has served on the National Board of Directors for GLAAD, the Atlanta Board of Directors for YouthPride and Georgia Equality, and as a Judicial Officer for the City of Atlanta’s Civil Service Commission under Mayor Franklin. Mr. Persily authored the book Arguing Equality, an advocacy guide for same-sex marriage. He obtained his BA, Phi Beta Kappa, from Duke University in 1996, and his JD, cum laude, from Harvard Law School in 1999. A New York native, Seth relocated to Atlanta in 1999. He lives in Midtown with his partner and twin daughters. 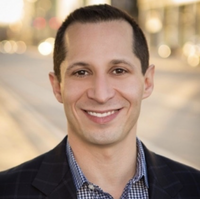