is a corporate and white-collar litigator and constitutional lawyer at Kutak Rock LLP. Previously, he served as General Counsel for the Ron Paul 2012 Presidential Campaign Committee, as counsel for the 2016 Trump Campaign to the Credentials, Platform, and Rules Committees at the Republican National Convention, and in the United States Marine Corps. He has been called the “Lawyer to the Liberty Movement,” and he actively litigates cases involving political liberty based on the First, Second, and Fourth Amendments to the United States Constitution. Mr. Warrington's litigation practice focuses on representing clients in both state and federal courts where he has litigated cases involving a broad range of matters including: real estate, copyrights, misappropriation of trade secrets, non-compete non-disclosure agreements, professional malpractice, civil conspiracy, partnership dissolution, finance, as well as other complex commercial cases. He has also represented clients before state occupational and licensing authorities, and other state and federal agencies. In addition to his litigation practice, Mr. Warrington represents a number of non-profit groups with regards to general business matters as well as fundraising reporting requirements and filings in the fifty states. He also represents federal candidates and their campaign organizations in a number of matters. Mr. Warrington is also a former National Director of Young Americans for Freedom and a veteran of the United States Marine Corps. 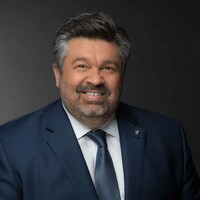