Kiah Williams is a SIRUM director and co-founder, along with fellow Stanford grads Adam Kircher and George Wang. She is passionate about making lifesaving medication available to everyone who needs it. “I believe health care is a fundamental right, and that health equity sets the stage for reducing inequality,” she says. “Health care is a prerequisite for getting out of poverty. Fifty percent of bankruptcies in the United States right now include significant medical bills. This is a national problem, and access to lifesaving medicine is an important part of that.” SIRUM (Supporting Initiatives to Redistribute Unused Medicine) currently works in California, Colorado, Ohio and Oregon and has so-far redistributed over $7 million worth of medicine. Kiah focuses on SIRUM’s organizational strategy and growth. Prior to SIRUM, she led national public health programs for the Clinton Foundation and American Heart Association. Kiah earned her bachelors and masters degrees from Stanford. Previously, Williams led negotiations on behalf of the William J. Clinton Foundation and American Heart Association to create the Alliance Healthcare Initiative against childhood obesity. Partnerships she fostered with such firms as Aetna and PepsiCo and such groups as the American Academy of Pediatrics and Weight Watchers enabled 50,000 doctors and dietitians to expand health care access to more than 2 million children. Williams has served as youth enrichment director for a Brooklyn-based nonprofit and as president of the Stanford chapter of the NAACP. Williams holds bachelor’s and master’s degrees from Stanford, where she received the Tom Ford Fellowship in Philanthropy. 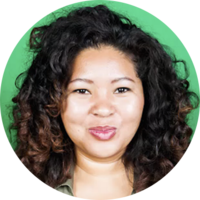