George C. Halvorson is the former chairman and chief executive officer of Kaiser Permanente, the nation's largest nonprofit health plan and hospital system, and a leader in the adoption of technology for health administration and patient care. After Mr. Halvorson's retirement in 2013, California Gov. Jerry Brown appointed him chair for the California First 5 Commission for Children and Families, which distributes tobacco tax funds to support education, health, and childcare programs for children 5 and younger. Mr. Halvorson is also chair of the Institute for InterGroup Understanding, which develops educational programs and resources to help groups deal with conflict, racism, and discrimination. In 2012, Mr. Halvorson was the social media chair for the Global Health Policy Forum and was named to Modern Healthcare's annual 100 Most Influential People in Healthcare list. He served on the Institute of Medicine Roundtable on Value & Science-Driven Health Care, the IOM Task Force on Making America a Learning Health Care Organization, the American Hospital Association's Advisory Committee on Health Reform, the Commonwealth Fund Commission on a High Performance Health System, and the New America Foundation Leadership Council. Mr. Halvorson has lent his expertise to dozens of boards and commissions, including the National Committee for Quality Assurance, America's Health Insurance Plans, and the Alliance of Community Health Plans. He chaired the International Federation of Health Plans and co-chaired the Institute for Healthcare Improvement Annual National Forum on Quality Improvement in Health Care for 2010. The previous year, he chaired the World Economic Forum's Health Governors' meeting in Davos, Switzerland. An accomplished author, Mr. Halvorson has written books and guidebooks on health care reform and in 2012 published KP Inside: 101 Letters to Us at Kaiser Permanente, a compilation of letters he had written to Kaiser Permanente employees each week since September 2007. Prior to his tenure at Kaiser Permanente, he was president and CEO of Health Partners in Minnesota, a position he held for 17 years. Mr. Halvorson has bachelor's degrees in history, political science, and English from Concordia College, Moorhead, Minn. A Minnesota native, Mr. Halvorson and his wife, Lorie, have five children and live in the San Francisco area. 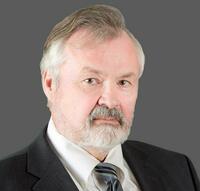