Mr. Biden was appointed a Director of the Company in April, 2014. He serves as Counsel to Boies, Schiller, Flexner, LLP, a national law firm based in New York and is Managing Partner at Rosemont Seneca Partners and Chairman at Rosemont Seneca Advisors. Mr. Biden is also an Adjunct Professor at Georgetown University’s Masters Program in the School of Foreign Service. He currently serves as Chairman of the Board of World Food Program USA and as a Director on the not-for-profit Boards of the Center for National Policy, the Truman National Security Project and the US Global Leadership Coalition. Mr. Biden is a member of the CSIS Executive Council on Development, the Chairman’s Advisory Board for the National Democratic Institute, and the President’s Advisory Board for Catholic Charities in Washington D.C. From 2006-2009 Mr. Biden served on the Board of Directors of Amtrak, serving as Vice Chairman from 2007-2009. Mr. Biden was honored to serve as an Honorary Co-Chair of the 2009 Presidential Inaugural Committee and to have served in the Jesuit Volunteer Corps. Previously, Mr. Biden was a founding member of the law firm, Oldaker, Biden and Belair, LLP, was appointed by President Clinton to serve as Executive Director of E-Commerce Policy Coordination under Secretary of Commerce William Daley and was a Senior Vice President at MBNA America Bank. He is also a member of the bar in the State of Connecticut, the District of Columbia, the U.S. Supreme Court and the U.S. Court of Federal Claims. Mr. Biden received a bachelor’s degree from Georgetown University and a J.D. from Yale Law School. 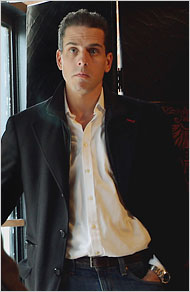