Justin represents a variety of corporations, interest groups, political figures, and other entities with respect to state and federal election law, ethics, campaign finance, internal investigations, crisis communications, Congressional oversight, and other areas. Prior to joining Michael Best, Justin served in the Donald J. Trump administration as a Deputy Assistant to the President heading the Office of Intergovernmental Affairs and the Office of Public Liaison. In addition to his positions in the White House and as a Senior Political Advisor and Senior Counsel to the President’s re-election campaign, Justin has served as a key advisor and counsel to a number of other high-profile political campaigns and committees in presidential, gubernatorial, and senate election cycles. Previously, Justin was a founding partner of a Connecticut-based law firm where he focused his practice on litigation in state and federal trial and appellate courts. He also provided general counsel services to clients, advised them on compliance matters, and represented them before various regulatory bodies. After earning his law degree from the University of Connecticut School of Law, Justin served as a law clerk to Justice Peter T. Zarella of the Connecticut Supreme Court. In 2018, Justin was named to the Politico Playbook Power List as one of nineteen people across the country who are positioned to play a critical role in the political landscape leading up to 2020 elections University of Connecticut School of Law, Juris Doctor (J.D.), University of Hartford, Master of Science (M.S.), 1998; Professional Accounting Wesleyan University, Bachelor of Arts (B.A.), 1997; Economics and Government 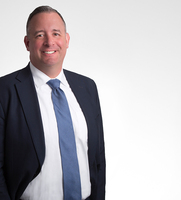