Steve Jobs' widow, Laurene Powell Jobs, inherits a fortune that was largely placed into living trusts near the end of her husband's life. Steve Jobs, who died in October, first met Laurene Powell in Oct. 1989 after giving a talk at Stanford University where Powell was a student in the Graduate School of Business. Less than two years later, they were married in Yosemite. The couple had three children together. Powell Jobs, who was the First Lady's guest at President Obama's 2012 State of the Union address, sits on the boards of several non-profits including Teach for America, the New America Foundation and College Track, an organization she founded, which helps low-income students prepare for college. She is also the founder and chair of the Emerson Collective, which works with entrepreneurs to advance international social reform. Master of Business Administration, Stanford Graduate School of Business; Bachelor of Arts / Science, University of Pennsylvania Wharton School 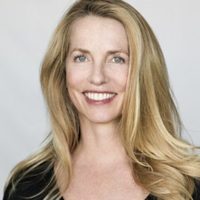