Rich Templeton is chairman, president and chief executive officer of Texas Instruments. He became chairman of the board in April 2008, and president and chief executive officer in May 2004. He has served on the company’s board of directors since July 2003. From April 2000 through April 2004, Templeton was chief operating officer of TI. He was executive vice president of the company and president of TI's Semiconductor business from June 1996 through April 2004. Templeton is credited with helping to define and execute TI’s strategy to focus on semiconductors for signal processing. Operationally, he guided TI during the worst downturn in semiconductor history, while maintaining the company’s strategic investments in R&D and advanced manufacturing. His leadership helped TI to emerge in stronger strategic, technological and product positions, and as a result the company has gained market share in its core technologies of analog and DSP for each of the last six years. Templeton joined the company in 1980 after earning a bachelor’s of science degree in electrical engineering from Union College in New York. He spent his operational career in the company's Semiconductor business, beginning in sales and eventually becoming president of the entire business. He recently topped the list of Institutional Investor’s Best Semiconductor CEOs in America for 2007 and 2008. In addition to his TI duties, Templeton serves on the board of the Semiconductor Industry Association, the board of directors of Catalyst, and the board of trustees of Southern Methodist University. He is also a member of the Business Roundtable and the Dallas Chief Executive Roundtable. 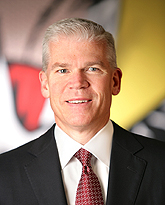