Spellings is the first UNC president without an advanced degree since the 1950s. She earned a bachelor’s in political science from the University of Houston. The five previous presidents had either law degrees or master’s degrees in business or economics. Spellings’ ties to Bush and his political strategist, Karl Rove, date back over a quarter-century, when she was a lobbyist for the Texas school boards association and Bush was considering a run for governor. Bush made Spellings political director of his 1994 gubernatorial campaign, then his education policy adviser. Spellings followed Bush to the White House, where she worked as domestic policy adviser before becoming education secretary in the president’s second term. Since leaving Washington, Spellings has served on corporate boards for Apollo Education Group, the parent company of the for-profit University of Phoenix; ClubCorp, which owns and manages golf and sports clubs; and student-loan collector Ceannate Corp. She now heads the George W. Bush Presidential Center in Dallas. 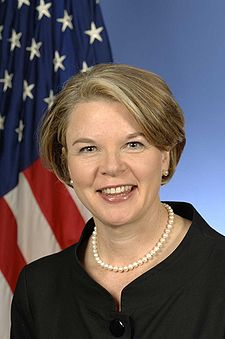