Joining Verizon in 2005, Mr. Fisher currently serves as Senior Vice President of Federal Government Relations. He manages Verizon's advocacy and relations in the United States Congress, the Administration and the company's interaction with over two dozen state and local groups such as the National Governors Association, National Conference of Mayors, and the National Council of State Legislators. He is also responsible for overseeing Verizon’s federal, state and local tax policy advocacy. In this position, he coordinates Verizon's overall legislative and Administration strategy, implementation and policy development relating to a wide range of telecommunications and business issues that impact the company. Mr. Fisher is also Vice-Chairman of Verizon’s Political Action Committee. Before joining Verizon, Mr. Fisher was Director of Government Affairs for Clear Channel Communications (now iHeart Media). Joining Clear Channel in 2003, Mr. Fisher assisted with the opening of Clear Channel’s Washington, DC office and helped establish the company’s public policy positions on a number of broadcasting related issues before Congress. From 1997-2003, Mr. Fisher served on the staff of United States Senator John McCain. He served as a Professional Staff Member on the Senate Commerce, Science and Transportation Committee where he worked on the Subcommittee on Communications. In this role, Mr. Fisher advised then Chairman McCain on a wide-range of telecommunications issues that included: wireline, wireless, cable, satellite, broadcasting, and high tech. He also advised the staff of other Members of the Committee and assisted with the drafting of major telecommunications legislation. Prior to working on the Senate Commerce Committee, Mr. Fisher served on the personal staff of Senator McCain’s office in Phoenix, AZ. As Legislative Liaison, Mr. Fisher worked closely with city, county, and statewide elected officials on federal policy that affected Arizona and its localities. Before working in the Senator’s state office, Mr. Fisher worked on Senator McCain’s 1998 reelection campaign where he helped coordinate grassroots efforts, get out the vote program and fundraising. Mr. Fisher is also a veteran of political campaigns having served as a campaign manager for a Republican Congressional candidate and as a consultant to various local and statewide campaigns in Arizona. He has also served as an informal policy advisor to three Republican Presidential campaigns. Mr. Fisher is on the board of the National Association of Manufacturers, a member of the U.S. Chamber Public Affairs Council and an alumni of the American Council on Germany. Outside of the office, Mr. Fisher and his wife are co-founders of a Virginia 501(c)(3) non-profit called Operation Christmas Hope which serves underprivileged families in Alexandria. He also co-founded the Multiple Myeloma Charity Classic, a charity golf event that has raised over $1,000,000 in the last 7 years for Multiple Myeloma cancer research. Robert and his family attend Christ the King Church in Alexandria where he a member of the Finance Committee. Mr. Fisher, his wife Rebecca Fisher, and their two children, Savannah and Cole, reside in Alexandria, VA. Robert graduated from Arizona State University in 1997 with a B.A. in Political Science. 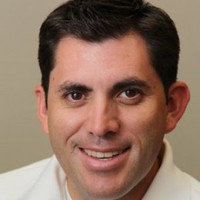