Donald H. Rumsfeld, the secretary of defense for Presidents Gerald R. Ford and George W. Bush, who presided over America’s Cold War strategies in the 1970s and, in the new world of terrorism decades later, the wars in Afghanistan and Iraq, died on Tuesday June 29 2021 at his home in Taos, N.M. He was 88. The former Navy pilot had also served as the 13th Secretary of Defense, White House Chief of Staff, U.S. Ambassador to NATO, U.S. Congressman and chief executive officer of two Fortune 500 companies. Mr. Rumsfeld attended Princeton University on academic and NROTC scholarships (A.B., 1954) and served in the U.S. Navy (1954-57) as an aviator and flight instructor. In 1957, he came to Washington, DC to serve as Administrative Assistant to a Congressman. After a stint with an investment banking firm, he was elected to the U.S. House of Representatives from Illinois in 1962, at the age of 30, and was re-elected in 1964, 1966, and 1968. Mr. Rumsfeld resigned from Congress in 1969 during his fourth term to join the President's Cabinet. From 1969 to 1970, he served as Director of the Office of Economic Opportunity and Assistant to the President. From 1971 to 1972, he was Counsellor to the President and Director of the Economic Stabilization Program. In 1973, he left Washington, DC, to serve as U.S. Ambassador to the North Atlantic Treaty Organization (NATO) in Brussels, Belgium (1973-1974). In August 1974, he was called back to Washington, DC, to serve as Chairman of the transition to the Presidency of Gerald R. Ford. He then became Chief of Staff of the White House and a member of the President's Cabinet (1974-1975). He served as the 13th U.S. Secretary of Defense, the youngest in the country's history (1975-1977). From 1977 to 1985 he served as Chief Executive Officer, President, and then Chairman of G.D. Searle & Co., a worldwide pharmaceutical company. Mr. Rumsfeld served as Chairman and Chief Executive Officer of General Instrument Corporation from 1990 to 1993. 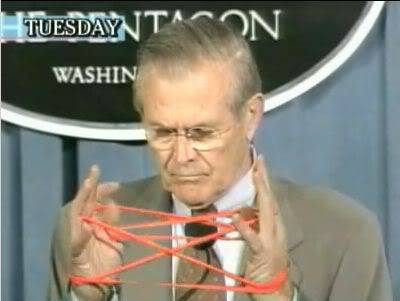