JOHN H. SUNUNU was born in Havana, Cuba. He graduated from the Massachusetts Institute of Technology. He received his bachelor's degree in 1961, a master's degree in 1962, and a Ph.D. in mechanical engineering in 1966. He was a mechanical engineering professor at Tufts University from 1966 to 1968 and associate dean of the College of Engineering until 1973. From 1963 until his election as governor, he served as president of JHS Engineering Company and Thermal Research Inc. He represented Salem in the New Hampshire State Legislature from 1973-1974. He became New Hampshire's 75th Chief Executive on January 6, 1983, and served three consecutive terms. Sununu served on the Advisory Board of the Technology and Policy Program at MIT from 1984-1989. On January 21, 1989, Governor Sununu was commissioned Chief of Staff to President George H. W. Bush, serving in the White House until March 1, 1992. He is a member of the National Academy of Engineers' Committee on Public Engineering Policy and has served as a member of the President's Council on Environmental Quality Advisory Committee. Sununu chaired the National Governors Association, the Coalition of Northeastern Governors, and the Republican Governors Association. From 1992 until 1998, he co-hosted CNN's nightly Crossfire program, a news/public affairs discussion program. He is president of JHS Associates, Ltd. and a partner in Trinity International Partners, a private financial firm. He is a member of the National Academy of Engineering. 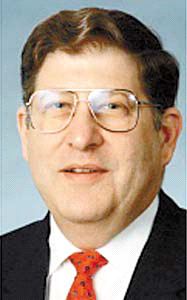