Paul O’Neill, a former U.S. Treasury secretary and Alcoa chief executive whose independence and blunt speaking style led to clashes with President George W. Bush, died early Saturday April 18 2020 at his home in Pittsburgh. O’Neill had been under treatment for lung cancer and his death is unrelated to the coronavirus. Paul Henry O’Neill was born on Dec. 4, 1935, in St. Louis into a military family and grew up on bases in the Midwest and West with his two brothers and a sister. His father, John Paul O’Neill, was a master sergeant in the Army Air Forces. His mother was Gaynold (Irving) O’Neill. He attended Anchorage High School in Alaska, where he met Nancy Wolfe. They married in 1955. She survives him, as do his son; three daughters, Patricia Wilcox, Margaret Tatro and Julie Kloo; 12 grandchildren; and 15 great-grandchildren. Mr. O’Neill enrolled at California State University, Fresno, with ambitions to be an engineer but left for a time to take road survey and site engineering jobs in Alaska. When he returned to Cal State, he graduated in three years. He began a five-year doctoral program in economics at Claremont Graduate University in Pomona. While there, on a lark, he took an exam for midlevel government jobs, passed it, and wound up at the Veterans Administration (now the Department of Veterans Affairs), where he spent five years as a computer systems analyst. He was later dispatched to Indiana University, where he earned a master’s degree in public administration. Mr. O’Neill was recruited by the International Paper Company in 1977 to be vice president of strategic planning. He became president of the company. He joined as Alcoa as chief executive in 1987. When he retired in 2000, the company’s revenues had nearly tripled. After he left George W. Bush’s cabinet, Mr. O’Neill served on many boards and returned to the Pittsburgh Regional Healthcare Initiative, a consortium of hospitals, associations and business that he had helped found in 1997. 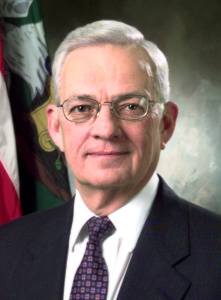