Surma retired as chairman and CEO of U.S. Steel Corporation in 2013, having served in that position since 2004. He retired as executive chairman in 2013. Before joining U.S. Steel, he held executive positions with USX Corporation, Marathon Ashland Petroleum and Speedway Super America. Formerly he was a partner at Price Waterhouse LLP. He currently serves on the boards of Marathon Petroleum Corp., its consolidated subsidiary MPLX, Concho Resources, and Ingersoll-Rand. Chairman of the Board of Directors and Chief Executive Officer. United States Steel Corporation. Mr. Surma received a BS degree in accounting from the Pennsylvania State University in 1976 and joined Price Waterhouse LLP at that time. He joined Marathon Oil Company in 1997 as Senior Vice President, Finance and Accounting. He was named Senior Vice President, Finance & Administration in January 1998; President of Speedway SuperAmerica LLC in September 1998, and Senior Vice President, Supply & Transportation in January 2000. Effective January 1, 2001 he became President of Marathon Ashland Petroleum LLC, and in September 2001, Mr. Surma was elected Assistant to the Chairman of USX Corporation. He became Vice Chairman and Chief Financial Officer of U. S. Steel effective December 31, 2001, President and Chief Operating Officer effective March 1, 2003, President and Chief Executive Officer effective October 1, 2004, and Chairman of the Board of Directors effective February 1, 2006. Mr. Surma is a director of Calgon Carbon Corporation and The Bank of New York Mellon Corporation. He is also a director of the American Iron and Steel Institute, Vice Chairman of the International Iron and Steel Institute, a member of the Board of Directors of the National Association of Manufacturers, a member of The Business Council, a member of the Board of Directors and of the Executive Committee of the Allegheny Conference on Community Development, a member of the Board of Trustees of the Pennsylvania State University, a member of the Board of Visitors of the Smeal College of Business at the Pennsylvania State University, a member of the Board of Visitors of the Katz School of Business of the University of Pittsburgh, and a member of the American Institute of Certified Public Accountants. 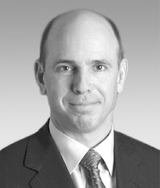