Chris Crane, 50, leads the operations of Exelon Generation which includes a fleet of 10 nuclear stations with 17reactors, as well as the company's fossil and hydroelectric fleet that contains over 100 units. The nuclear fleet is the largest in the United States and the third largest in the world. The nuclear fleet along with the fossil and hydroelectric fleet are capable of producing over 25,000 megawatts of electricity. Crane was named President and Chief Operating Officer, Exelon Corporation in September 2008. Crane has worked in the nuclear industry in progressively more responsible leadership roles for more than 25 years. He joined the company (then ComEd) in 1998 as vice president for boiling water reactor operations and was a major part of the ComEd nuclear program recovery. He oversaw the restart of LaSalle Unit 2, was promoted to senior vice president of nuclear operations in July 1999 and became chief operating officer of Exelon Nuclear in June 2003. He was named President of Exelon Nuclear and Chief Nuclear Officer in January 2004. Crane provided leadership in effectively merging the ComEd, PECO and AmerGen nuclear operations in 2000, and has directed the fleet’s consistent top-quartile performance in cost and capacity factor, industry-leading refueling outage execution and consistently safe, efficient operations. Crane is a former site vice president at TVA’s Browns Ferry Nuclear Plant in Alabama. He worked at the Sequoyah Nuclear Plant in Tennessee, the Palo Verde Nuclear Generating Station in Arizona, and Comanche Peak in Texas. Crane is actively involved in leadership roles in the nuclear industry, including membership in the INPO board of directors, the Nuclear Energy Institute's Nuclear Strategic Issues Advisory Committee, the Foundation of Nuclear Studies, and is a key leader of the industry's Materials Initiative Group. Crane studied Electrical Technology at New Hampshire Technical College, and attended Harvard Business School’s Advanced Management Program. He has held a senior reactor operator certification. 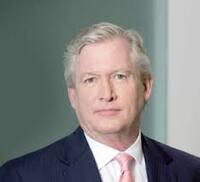