Jerry W. Levin is a Founding Partner at JW Levin Management Partners. He was most recently Chairman and CEO of Wilton Brands, the largest arts & crafts company in the US with such brands as Wilton and Simplicity. Prior to Wilton Mr. Levin was Chairman and CEO of JW Levin Partners, a predecessor of JWLMP. He was also Chairman and CEO at American Household (Sunbeam), Revlon and The Coleman Company. During his tenure at The Pillsbury Company he led several operating units including Burger King. ​ Mr. Levin is Chairman of the Board of Lasko Products and Spinrite and is a member of the Board of Directors of Waterloo Sparkling Water. ​ Mr. Levin has an undergraduate degree from the University of Michigan and an MBA from the University of Chicago. He resides in New York. Mr. Levin is Chairman and Chief Executive Officer of JW Levin Partners LLC, a management and investment firm, and Vice Chairman of Clinton Group, a private diversified asset management company. He has served in these capacities at JW Levin Partners and Clinton Group since February 2005 and December 2007, respectively. Since September 2006, Mr. Levin has served as Chairman of Sharper Image Corporation, a specialty retailer. Mr. Levin served as interim Chief Executive Officer of Sharper Image from September 2006 until April 2007. From 1998 until January 2005, Mr. Levin served as the Chairman and Chief Executive Officer of American Household, Inc. (formerly Sunbeam Corporation), a leading consumer products company. Mr. Levin also serves as a director of Ecolab Inc., Saks Incorporated and Wendy's International, Inc. 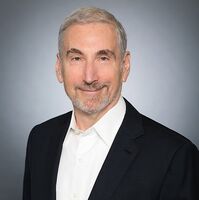