Mayo Shattuck is the Executive Chairman of Chicago-based Exelon Corporation, the nation’s number one competitive energy provider. Exelon’s electric and gas utilities serve approximately 6.6 million customers in Illinois, Maryland and Pennsylvania, and its generation company operates the largest fleet of nuclear power plants in the nation. Exelon’s competitive retail and wholesale energy business, Constellation Energy, provides energy products and services to customers in 46 states, including more than 90,000 business and public sector customers and nearly 1 million residential customers. Prior to joining Exelon, Shattuck was the Chairman, President and Chief Executive Officer of Constellation Energy, a position he held from 2001 to 2012. Constellation Energy was a Fortune 200 company that owned energy-related businesses, including a wholesale and retail power marketing and merchant generation business in North America. It also operated the Baltimore Gas and Electric Company, which serves 1.2 million electric customers and 630,000 natural gas customers in central Maryland. Shattuck was previously at Deutsche Bank, where he served as Chairman of the Board of Deutsche Banc Alex. Brown and, during his tenure, served as Global Head of Investment Banking and Global Head of Private Banking. From 1997 to 1999, he served as Vice Chairman of Bankers Trust Corporation, which merged with Deutsche Bank in June 1999. From 1991 until 1997, Shattuck was President and Chief Operating Officer and a Director of Alex. Brown Inc., which merged with Bankers Trust in September 1997. 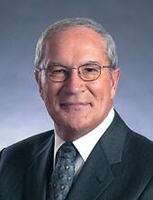