Ira Shapiro is a Senior Advisor with ASG’s East Asia & Pacific practice, where he assists clients in formulating trade and investment strategies in Japan, across Asia, and globally. A specialist in trade law and policy, he has extensive experience serving clients in and from Japan. Ambassador Shapiro served as Chief U.S. Trade Negotiator with Japan and Canada, and as General Counsel in the Office of the U.S. Trade Representative during the Clinton administration. In these roles, he was centrally involved in completing the negotiations of the North America Free Trade Agreement (NAFTA) and the multilateral Uruguay Round and successfully resolved contentious bilateral disputes between the U.S. and Japan on automobiles and semi-conductors. As a partner at the international law firm Greenberg Traurig, Mr. Shapiro advised clients on international trade matters, market access, and intellectual property rights. He also played a key role in the legal team that won two landmark victories in World Trade Organization (WTO) cases against China, representing the U.S. motion picture, recording, and publishing industries. Mr. Shapiro served twelve years in senior staff positions in the U.S. Senate and was part of the legal teams that helped the Presidential candidates select Vice Presidential running mates in 1992 and 2000. A veteran of American politics, Mr. Shapiro is the author of  The Last Great Senate:  Courage and Statesmanship in Times of Crisis, a critically acclaimed narrative history of the U.S. Senate in the late 1970s. He holds a J.D. from the University of Pennsylvania, an M.A. in Political Science from the University of California, Berkeley, and a B.A. in politics from Brandeis University. He served as a clerk in a federal district court in Philadelphia. Mr. Shapiro is based in Washington, D.C. 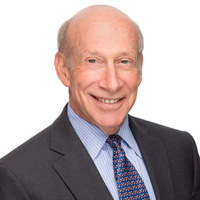