Director at Apple; Chairman of the Board at Genentech

Arthur D. Levinson is chairman of Genentech, Inc. and a member of the Roche Board of Directors. He has been chairman of Genentech since 1999, and he served as chief executive officer of Genentech from 1995 to 2009. Levinson joined Genentech in 1980 as a research scientist and became vice president, Research Technology in 1989; vice president, Research in 1990; senior vice president, Research in 1992; and senior vice president, Research and Development in 1993. In September 2013, Levinson was named Chief Executive Officer of Calico, a company focused on health, aging and well-being. Levinson holds several Board positions in addition to Roche and Genentech. He was appointed Chairman of the Board of Apple in November 2011. He served as a co-lead director of Apple’s board since 2005 and a director since 2000. He is Chairman of the Board of Amyris and a director of NGM Biopharmaceuticals, Inc. and the Broad Institute of MIT and Harvard. He was a director of Google, Inc. from 2004 to 2009. He currently serves on the Board of Scientific Consultants of the Memorial Sloan-Kettering Cancer Center, the Industrial Advisory Board of the California Institute for Quantitative Biomedical Research, the Advisory Council for the Princeton University Department of Molecular Biology and the Advisory Council for the Lewis-Sigler Institute for Integrative Genomics. Levinson has authored or co-authored more than 80 scientific articles and has been a named inventor on 11 United States patents. Levinson received the Irvington Institute's 1999 Corporate Leadership Award in Science and was honored the same year with the Corporate Leadership Award from the National Breast Cancer Coalition. He was inducted into the Biotech Hall of Fame at the 2003 Biotech Meeting of chief executive officers. BusinessWeek named Levinson one of the "Best Managers of the Year" in 2004 and 2005, and Institutional Investor named him "America's Best CEO" in the biotech category four years in a row (2004-2007). In 2006, Princeton University awarded Levinson the James Madison Medal for a distinguished career in scientific research and in biotechnology. Also in 2006, Barron's recognized Levinson as one of "The World's Most Respected CEOs," and the Best Practice Institute placed Levinson on their "25 Top CEOs" list. In 2008, Levinson was elected as a Fellow to the American Academy of Arts & Sciences. In 2010, he was honored by the Biotechnology Industry Organization with the Biotechnology Heritage Award and by the San Francisco Exploratorium with their Director's Award. In 2011 Levinson received the American Association for Cancer Research Margaret Foti Award for Leadership and Extraordinary Achievements in Cancer Research, and in 2012 he received the Cold Spring Harbor Laboratory Double Helix Medal. Levinson received his Bachelor of Science degree from the University of Washington and earned a doctorate in Biochemical Sciences from Princeton University. 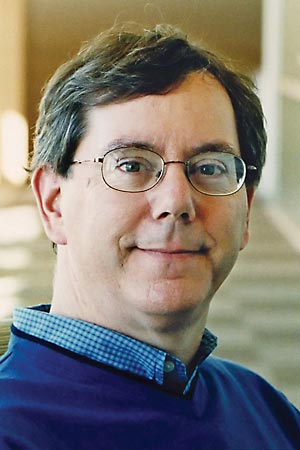