Westchester County Executive Rob Astorino was elected to office in 2009 and re-elected in 2013 with bipartisan support winning by a 13-point margin. Astorino was first elected to public office at age 21, serving as a member of the Mount Pleasant Board of Education and 12 years as a councilman in the Town of Mount Pleasant, including six years as deputy supervisor. In 2003, he was elected to the Westchester County Board of Legislators. Before taking office as County Executive on Jan. 1, 2010, Astorino had a long career in the TV and radio industry. He was the station manager and program director of The Catholic Channel on Sirius-XM Satellite Radio and hosted a weekly radio show from St. Patrick's Cathedral with the Cardinal-Archbishop of New York. In 2001, he helped launch ESPN Radio in New York. He became the station's senior producer, as well as executive producer of "The Michael Kay Show." He has also held a wide range of volunteer and civic positions such as the Mount Pleasant Rotary, the Hudson Valley Greenway, two terms as vice chairman of the Westchester County Board of Ethics, honorary chair for various non-profit, religious, and charitable organizations, and currently as a CYO basketball coach for his son and daughter’s teams. Astorino earned a Bachelor of Arts degree in Communications at Fordham University, where he also minored in Spanish and Political Science. In 2001, he studied in Barcelona, Spain, and received a Spanish Immersion Diploma from the Enforex School of International Studies. The county executive is a lifelong resident of Westchester. He and his wife, Sheila, live in Hawthorne and are the parents of three children: Sean, 13; Kiley Rose, 11; and Ashlin Grace, 7. 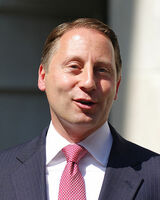