Rick Justice spent 13 years at Cisco Systems Inc. and retired after his cancer diagnosis in 2009. Justice started his career at Cisco in 1996 and rose to the rank of executive vice president of worldwide operations. He stepped down from his day-to-day responsibilities in 2009 due to his ongoing cancer battle, but stayed on as part-time advisor to then Cisco chairman and CEO John Chambers until he retired in 2013, marking a more than 16-year tenure with the San Jose, Calif.-based tech giant. Justice spent 22 years with Hewlett-Packard in a variety of sales and marketing leadership roles, including head of HP Worldwide Enterprise Sales, prior to joining Cisco in 1996. From 2014 to 2018, Justice served on the board of directors for content management provider Alfresco Software. The tech veteran held a bachelor’s degree in mechanical engineering from Santa Clara University and an MBA from Stanford University. 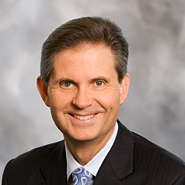