Mr. Rouvelas engages in a wide-ranging federal counseling and lobbying practice, and  has acted as lead counsel advising and representing Fortune 500 companies and trade associations in the transportation, telecommunications, high technology, hospitality, and manufacturing industries regarding their Washington, D.C. activities and strategies.  He has also served as lead government affairs counsel for major companies in transnational acquisitions, mergers, and corporate reorganizations.  He is a recognized authority in ocean shipping law and for more than two decades has traveled globally to advise the CEOs of many of the world’s leading shipping companies.  Over the years, his practice has taken him to more than thirty countries, and he often works with the executive branch, Congress, foreign embassies, and governments on international trade and transport matters. He founded the Washington, D.C. office of Preston Gates and guided its growth to more than 140 partners and employees at the time it was merged into K&L Gates on January 1, 2007. Mr. Rouvelas has served as an advisor to two U.S. presidential transitions, a bipartisan Congressional Caucus, executive branch reorganization, several senators and congressmen, and many political campaigns. He has been repeatedly ranked as one of the country’s top lawyer/lobbyists by newspapers and other publications.  Prior to joining K&L Gates, he was counsel to the U.S. Senate Committee on Commerce and chief counsel to its Merchant Marine and Foreign Commerce Subcommittees. 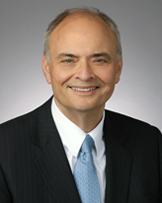