Steven Hart became a "partner-member" of Williams & Jensen in 1984. In 1991 he became the firm's president, and in 1999 he became Chairman and CEO. Mr. Hart concentrates his practice on tax, employee benefits, energy, transportation, entertainment industry, and telecommunication issues, representing client interests in legislative and regulatory initiatives. Mr. Hart has been named one of Washington's top lobbyists by Washingtonian magazine and The Hill newspaper. Most recently, in 2011, he was listed by Chambers USA as one of the nation's top government affairs lawyers at one of the nation's top government affairs firms, Williams & Jensen. He is also recognized as one of the top fundraisers by National Journal. During the first administration of Ronald Reagan, Mr. Hart was the Justice Department Special Assistant in charge of processing Federal judicial nominations. He also served at the Office of Management and Budget on the President's Reorganization Task Force on ERISA, at the Labor Department in the Pension Welfare Benefits Program, and at the Pension Benefits Guaranty Corporation. In addition to his legal experience, Mr. Hart is a CPA and worked on the tax staff of a major accounting firm before attending law school. He currently sits on the board of The Congressional Award Foundation, a federally chartered youth organization. He is currently a board member and also a past president of the Lung Cancer Alliance. He is an Arthur Barto Adams Fellow at the Michael F. Price School of Business Administration (Oklahoma University). Mr. Hart has recently been named one of Washington's top lobbyists by Washingtonian magazine and The Hill and one of the top Republican fundraisers by National Journal. 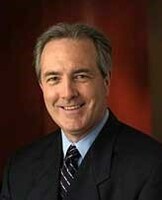