Prior to founding Capitol Strategies (which merged with Crossroads Strategies in January of 2017), Wally served as the Chief Operating Officer of Denny Miller Associates for 11 years. In that role, Wally coordinated the lobbying activities of the firm as well as personally acting as the lead consultant for the firm’s representation of multiple Fortune 100 transportation, defense and aerospace clients. Previously, Wally served Senator Ted Stevens (R-AK) and Senator Richard Shelby (R-AL) as the Staff Director for the Transportation and Related Agencies Appropriations Subcommittee through seven budget and appropriations cycles, where he managed the formulation, floor strategy and conference deliberations for the $50 billion annual transportation funding bill. Before his tenure on the Senate Appropriations Committee, Wally served in the Department of the Navy as an Assistant General Counsel for Financial Management and Special Assistant to the Secretary of the Navy; and in the Department of Transportation as the Deputy Assistant Secretary for Budget and Programs and Special Assistant to the Secretary for Strategic Planning. Wally Burnett joined Denny Miller Associates in 2002 and was named one of Washington, DC's top transportation lobbyists by The Hill newspaper in June 2004. Prior to joining Denny Miller Associates, Wally served as the Republican Staff Director of the Transportation Subcommittee of the Senate Appropriations Committee from 1996 - 2002. Wally earned a B.A. in economics from Stanford University and a J.D. from the University of Michigan Law School. He resides in Alexandria, Virginia with his wife, Kristyn, and their two children. 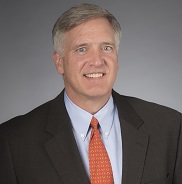