Nancy Zirkin is the executive vice president for the Leadership Conference on Civil and Human Rights, the nation’s oldest, largest, and most diverse civil and human rights coalition, consisting of nearly 200 national organizations. While Zirkin officially joined the Leadership Conference on Civil Rights in 2002, she has been a part of its various lobby efforts, including task forces on education reform, hate crimes, affirmative action, and judicial nominations, since the 1990s. During the mid-1970s, Zirkin worked at several public interest organizations, including Common Cause and the Women's Equity Action League, but gained significant experience at the American Association of University Women (AAUW) where she became director of public policy and government relations. She distinguished herself there by rising to chief lobbyist and managing the coordination of the Equal Rights Amendment, Women's Vote Project and Civil Rights Act of 1991. Under Zirkin's leadership, along with Wade Henderson, president of LCCR, and Karen McGill Lawson, president of LCCREF, LCCR has grown to nearly four times its originally ten-person size, creating the infrastructure necessary to support the organization's growing institutional needs. 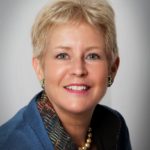