Evelyn Murphy is President of The WAGE Project, Inc., a grassroots activist national organization to end wage discrimination against working women, and Resident Scholar in the Women’s Studies Research Center (on leave) at Brandeis University. She is Vice Chair of the Board of Directors of SBLI USA Mutual Life Insurance Company and a director of Citizens Energy Corporation. In her civic role, she serves as a founding director of The Commonwealth Institute, Honorary Chair of the Lost Coin Women’s Fund, Inc., and on the advisory committees of Rosies Place and Our Bodies/Ourselves. In 1986, Evelyn Murphy was elected Lt. Governor. After campaigning for Governor in 1990, Evelyn Murphy became Managing Director of Brown, Rudnick, Freed & Gesmer, a New England law firm. While managing the law firm, she became a corporate director of Blue Cross and Blue Shield of Massachusetts; and Shawmut National Banks of Massachusetts, Rhode Island and Connecticut, Fleet National Bank, Fleet Mortgage Company, and Fleet Credit Card Corporation. Blue Cross recruited her to the position of Executive Vice President to manage all federal and state, media and civic relations. While Executive Vice President, she founded and became President of the health insurer’s HealthCare Policy Institute. After an unsuccessful campaign for Lt Governor in 1982, Evelyn Murphy was appointed the state's Secretary of Economic Affairs from 1983-1985. She was the Secretary of the Executive Office of Environmental Affairs for Massachusetts, the chief environmental policy make for the Commonwealth, reporting directly to the Governor. From 1978 to 1980, Ms. Murphy was a Presidential Appointment to the National Advisory Committee on Oceans and Atmosphere where she served as vice chairman. Previously, Ms. Murphy was a partner at the firm of Llewelyn-Davies Associates and President of Ancon Associates. Evelyn Murphy earned a BA from Duke University in mathematics; a MA in economics from Columbia University; and a PhD in economics from Duke University. 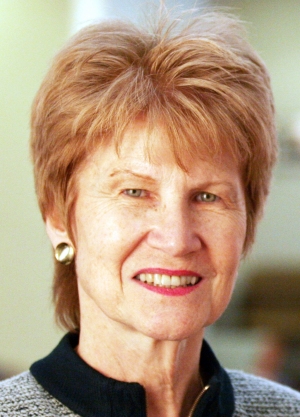