Eli Broad, who amassed a multi-billion-dollar fortune from his home-building and insurance businesses, and used his wealth to fund cultural improvements throughout his adopted hometown of Los Angeles, died Friday April 30 2021 at age 87. Billionaire Eli Broad was the founder of KB Home, one of the country's largest homebuilders, and was also the founder of SunAmerica, the insurance company. Since retiring he has become a major philanthropist. Broad was born in New York in 1933. The only child of Jewish immigrants from Lithuania, his family moved to Detroit in 1940. . After graduating from Michigan State University in 1954, he married Edythe Lawson and took a job as an accountant, earning less than $68 a week. A few years later, he borrowed $12,500 from Edythe's patents to start a home construction company in Detroit that’s now known as KB Home. Bought Sun Life Insurance (later renamed SunAmerica) in 1971; sold to AIG in 1998 for $18 billion in cash and stock. Massive art collection recently appraised at $1.9 billion; owns largest Jeff Koons collection in world. In total, the Broads' two foundations, the Broad Art Foundation and the Eli and Edythe Broad Foundation, which supports medical research, public education, have issued over $4 billion in grants. In 2008, Broad gave the Los Angeles Museum of Contemporary Art a $30 million grant to bail it out of a financial crisis. He also gave $50 million to the Los Angeles County Museum of Art and helped finance the Walt Disney Concert Hall. In 2015, he opened his own art museum, called The Broad, which holds more than 2,000 contemporary art pieces from his personal collection. Together, the Broad Art Foundation and the Eli and Edythe Broad Foundation, which is devoted to education, science and medicine, have assets of $2.4 billion and have dispensed hundreds of millions of dollars, putting the Broads among the leading philanthropists in the United States. 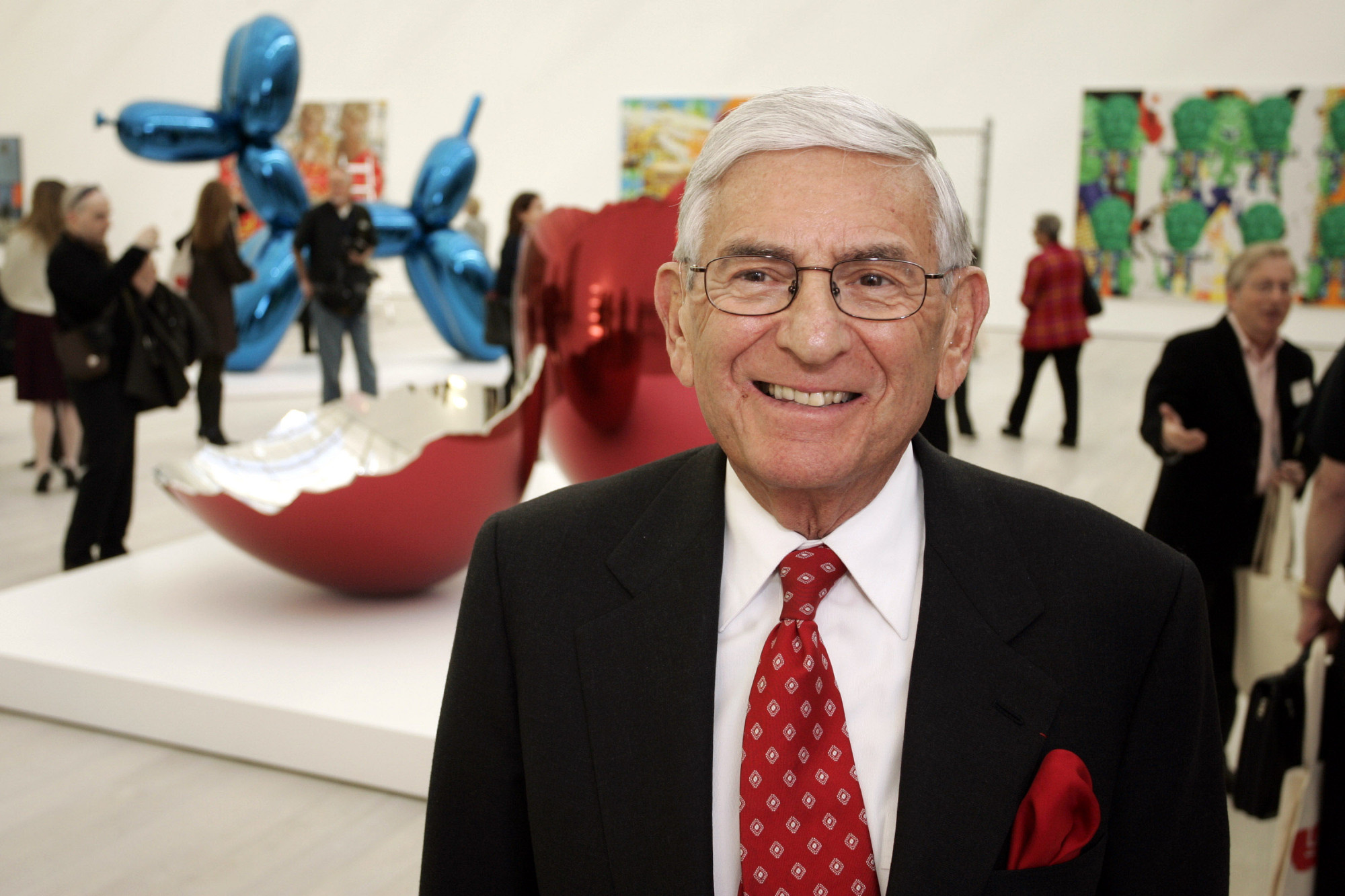