Abigail Johnson, announced on Thursday on a LinkedIn post that he died late Wednesday March 23, 2022, With family, he ran Fidelity Investments, America's largest mutual fund company. After a stint in the US Army, Johnson became a research analyst at Fidelity Investments in 1957, then owned by his father, Edward C. Johnson II. Three years later, he became the portfolio manager for the Fidelity Trend Fund and ran the famous Fidelity Magellan Fund from 1963 to 1977. He became the president of the company in 1972, eventually becoming the chairman and CEO in '77. Reduced his ownership in 1995, daughter Abigail inherited a 24% stake; she is rumored to have sold shares back to family in recent years. Individual stakes now a secret. Family owns 49% of company. Johnson announced his retirement in November 2016 and turned over his chairmanship to his daughter Abigail. He is survived by his wife Elizabeth B. Lillie, his daughters Abigail and Elizabeth, and his son Edward Johnson IV. 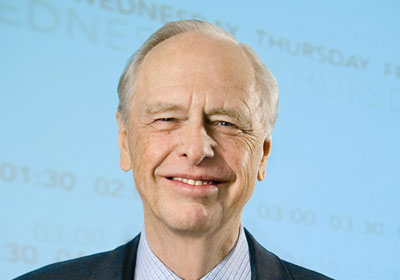