US Representative from Arizona

A Representative from Arizona; born in Uravan, Montrose County, Colo., June 19, 1957; attended Ottawa University, Ottawa, Kans.; business owner; member of the Arizona state house of representatives, 1985-1987; elected as a Republican to the One Hundred Eighth and to the five succeeding Congresses (January 3, 2003-present). Rep. Trent Franks (R-Ariz.) said that his resignation from Congress due to discussing the option of surrogacy with his female staffers will now be effective on Friday December 8 201, rather than the end of January as originally planned. Franks moved up his resignation minutes before The Associated Press reported that he repeatedly pressed a staffer to carry his child and at one point offered her $5 million to act as a surrogate. Politico also reported Friday that two staffers weren't sure if Franks wanted them to serve as surrogates by having intercourse with them or through in vitro fertilization. One woman believed she faced retribution after rejecting Franks's request when her access to him was cut off. 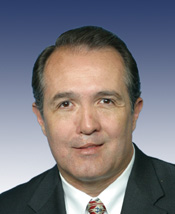