Governor of Georgia; former US Representative from Georgia 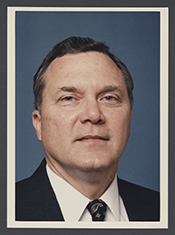