An attorney and politician, Steve Chabot has been representing Ohio's 1st district in the US Congress since 1995, only loosing his seat to Democrat Steve DrieHaus, for one term in 2009-2011 but regaining it two years later. He previously was on the Cincinnati City Council and commissioner of Hamilton County, OH. During his long tenure in the US HR, he served on multiple committees and in 1998 was appointed by the House of Representatives as one of the managers to conduct the impeachment proceedings of President William Jefferson Clinton. Early life, Education: Born in Cincinnati, OH, January 22, 1953; graduated from LaSalle High School,Cincinnati, OH; B.A., College of William and Mary, Williamsburg, VA., 1975; J.D., Salmon P. Chase College of Law, Highland Heights, Ky., 1978; teacher, 1975-1976; 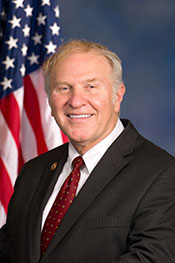