Mr. Garcia was born in Midland, Texas and grew up in Dallas, Texas. He received his B.A. in Political Science from the University of North Texas in 1980. In 1983, he obtained his Doctor of Jurisprudence degree from Texas Southern University in Houston, Texas. In 1982 he won a scholarship to study at the El Colegio de Mexico in Mexico City and obtained a Masters diploma in International Relations.Domingo Garcia is a former Mayor Pro Tem for the city of Dallas and State Representative for Texas. In addition, he has been an editorial columnist/TV commentator and a successful trial lawyer for thirty years. After graduating from law school, Mr. Garcia worked as an intern in the District Attorney’s office in Houston, Texas. In 1983 he established his own law firm in Dallas, Texas. Currently, he primarily focuses his practice on personal injury, wrongful death, employment law and governmental relations cases. In addition, ever since Mr. Garcia started practicing law, he has donated his time and talents to a legal clinics in Dallas to provide legal services to the poor. In 1988 Mr. Garcia was elected to the National Democratic Committee where he served for eight years. He was on the executive committee and was chairperson of the Latino caucus. He ran for the Dallas City Council, was elected, and served from 1991 to 1995. In 1993, Mr. Garcia became the first Latino ever elected Mayor Pro Tem for the city of Dallas. In 1996, he ran for the Texas legislature and was elected. He served in the Texas Legislature from 1996 to 2002. He continues to be active in community and Democratic party politics. Mr. Garcia served as a weekly editorial writer for the Dallas Times Herald where he wrote on current events and Latino issues. He is currently an editorial writer for Al Dia, Dallas’ largest Spanish newspaper. He has spoken at numerous local, state and national events. However, his favorite audiences are students at public schools and universities. He is a speaker at several schools every year. 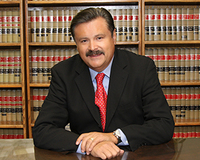