Robert E. Andrews served as a Member of the United States House of Representatives for nearly 24 years before joining the firm in March of 2014 to lead its Government Affairs Practice. Upon his departure from the House, President Barack Obama praised Rob’s service as “an original author of the Affordable Care Act…and a vital partner in its passage and implementation,” and cited his “tenacity and skill” in representing the people of New Jersey. Rob is married to Camille Spinello Andrews, an Associate Dean at Rutgers Law School, and a former Dilworth partner. They are raising their daughters, Jacquelyn, age 21, and Josie, age 19, and reside in Haddon Heights NJ. Representative Experience Member of the House Democratic Leadership as Co-Chairman of the Steering and Policy Committee Senior Democratic Member and former Chairman of the Health, Employment, Labor and Pensions (HELP) Subcommittee of the House Committee on Education and the Workforce The HELP subcommittee has jurisdiction over the ERISA law, dealing with all employee benefits, the National Labor Relations Act, Title VII of the Civil Rights Act, dealing with employment, as well as all other labor and employment laws Senior member of the House Armed Services Committee, with responsibility for all military and defense matters Senior Democratic member and former Chairman of the Defense Committee Panel on Defense Procurement Reform Senior Democratic member and former Chairman of the Defense Committee Panel on Audit of the Pentagon Participant, White House Summit on Health Care Reforms (2009 and 2010) One of the Original Authors of the Affordable Care Act One of the original authors of the Defense Procurement Reform Law (2009) Holds record for the highest number of votes ever received by a U.S. House candidate in the history of the State of New Jersey Professional & Community Activities Former Director, Camden County Board of Chosen Freeholders Speeches & Presentations –Keynote speaker at charitable, educational and governmental events for 30 years including: Bucknell University commencement, Rutgers Law School commencement and Rutgers Camden commencement. Frequent guest on CNN, Fox News, MSNBC, CNBC 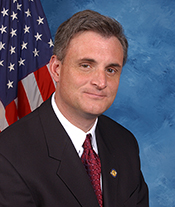