Mr. Golisano founded Paychex, Inc. in 1971 and is Chairman of the Board of the Company. Until October 2004, he served as President and Chief Executive Officer of the Company. Mr. Golisano is a member of the board of directors of several private companies. He serves on the board of trustees of the Rochester Institute of Technology. He owns the Buffalo Sabres of the National Hockey League. Mr. Golisano has served as a member of the board of directors of numerous non-profit organizations, and is founder of the B. Thomas Golisano Foundation. Used $3,000 and a credit card to form Paychex in 1971; provided payroll services to small businesses. Expanded through joint ventures and franchising; went public 1983. No longer runs day-to-day operations; shares down 23% in past 12 months. Political junkie mounted 3 failed New York State gubernatorial campaigns with his Independence Party; latest one cost $90 million of his own money. This summer founded political action committee Responsible New York; reform group pledged $5 million to state legislature candidates from Republican and Democratic parties. Donates to Golisano Children's Hospital, Veterans Outreach Center and Rochester Institute of Technology. Owner of pro hockey's Buffalo Sabres; disputes rumors he's looking to sell. 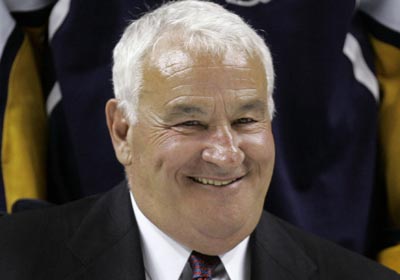