Ms. Krawcheck was the Chairman and Chief Executive Officer, Citi Global Wealth Management. She left Citigroup in 2008. From 2002 until March 2007, Ms. Krawcheck served as Chief Financial Officer and Head of Strategy for Citigroup Inc.. Ms. Krawcheck joined Citigroup in October 2002 as Chairman and Chief Execiutive Officer of Smith Barney. Prior to joining Citigroup, Ms. Krawcheck was Chairman and Chief Executive Officer of Sanford C. Bernstein & Company. She also served as an Executive Vice President of Bernstein's parent company, Alliance Capital Management, from 1999 to 2001. A native of Charleston, South Carolina, Krawcheck attended the University of North Carolina at Chapel Hill on the Morehead Scholarship and graduated in 1987 with academic honors in Journalism and Political Science. In 1992, she received a Master of Business Administration from Columbia University. Ms. Krawcheck is a member of the Board of Directors of the University of North Carolina at Chapel Hill Foundations, Inc., the Board of Directors of Carnegie Hall , Board of Overseers of Columbia Business School and the Board of trustees for the Economic Club of New York. 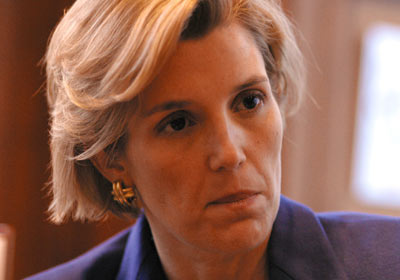