On January 1, 2011, Robert J. Duffy was inaugurated as the 76th Lieutenant Governor of the State of New York. Duffy was elected alongside Governor Andrew M. Cuomo on November 2, 2010. Appointed by Governor Cuomo as the Chair of the Regional Economic Development Councils, Lieutenant Governor Duffy has helped implement the Administration’s economic development agenda. In this role, Duffy has focused on supporting Governor Cuomo’s efforts to rebuild New York’s economy and position the Empire State to be a global economic leader. In addition to his economic development responsibilities, Governor Cuomo also named Lieutenant Governor Duffy Chair of the Spending and Government Efficiency (SAGE) Commission. As Chair, Duffy is overseeing a substantial effort that seeks to make our State government more modern, accountable and efficient. Lieutenant Governor Duffy also has played an instrumental role on the Governor’s Mandate Relief Council. Duffy chaired a series of statewide mandate relief hearings, which sought input from local government officials and constituents as the State seeks to reduce the statutory and regulatory burden on local governments and school districts. In one of the highlights of his tenure, Lieutenant Governor Duffy presided over the historic passage of the Marriage Equality Act – one of Governor Cuomo’s signature issues – on June 24, 2011 while serving in his capacity as President of the New York State Senate. In May of 2012, the Lieutenant Governor was awarded the Ellis Island Medal of Honor. This award is given annually by the National Ethnic Coalition of Organizations (NECO). The Medal honors notable American citizens who demonstrate a life committed to community service. Prior to his election as Lieutenant Governor, Duffy served as the Mayor of the City of Rochester from 2006 through 2010, where he was widely recognized for navigating the worst economic crisis since the Great Depression by reducing the cost of government, improving services, lowering tax rates, and attracting millions of dollars in private-sector investments. Prior to his service as Mayor, Duffy served as Rochester’s Chief of Police from 1998 until 2005. Born in Rochester, Duffy earned a Bachelor’s Degree from Rochester Institute of Technology and earned a Master’s degree from Syracuse University’s Maxwell School. Lt. Governor Duffy was married in 1985 to his wife Barbara, and is the proud father of two daughters. 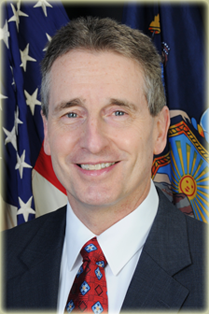