Co founder of The Lisa and John Pritzker Family Fund

Lisa Stone Pritzker is President of the Lisa and John Pritzker Family Fund and is a passionate advocate for children’s health and education, Jewish causes, and the arts. She serves on the Advisory Board of the Osher Center at the University of California, San Francisco (UCSF), the Leadership Council of Peer Health Exchange, the board of directors of the San Francisco Museum of Modern Art, and the Strictly Business Leadership Council of Jewish Vocational Services (JVS). She is a founding member of the National Advisory Council of Futures without Violence, and is the former chair of Challenge Success. Stone Pritzker worked as a volunteer for Child and Adolescent Services at San Francisco General Hospital (SFGH), conducting research on barriers to victims of crime, which led to new legislation. In 2004, she was appointed to the First Five Commission, which funds city programs for children in their first five years of life. Some of the organizations she currently supports include UCSF’s Center for Health and Community as well as the Child Trauma Center at SFGH, the American Jewish Joint Distribution Committee, and Alonzo King LINES Ballet. She is a Wexner Heritage Program alumna and received her Master’s degree in nonprofit administration from the University of San Francisco. She is an alum of The Philanthropy Workshop West (TPW) program. She also holds B.A. from the University of Wisconsin and an honorary doctorate from the California Institute of Integral Studies. 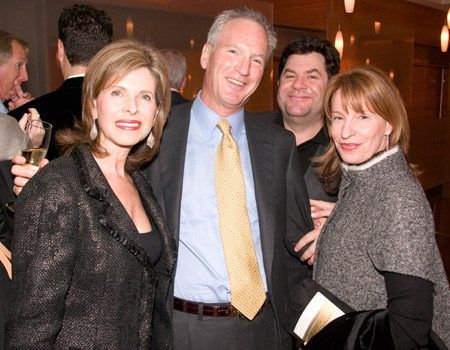