The Sunrise Movement is an American youth-led political movement coordinated by Sunrise, a 501(c)(4) political action organization that advocates political action on climate change. When first incorporated in 2017, the group's goal was to elect proponents of renewable energy in the 2018 midterm elections, first in the Democratic primaries and then in the general election. After the election, the organization has been focused on gaining a consensus within the Democratic Party in support of an environmental program known as the Green New Deal. 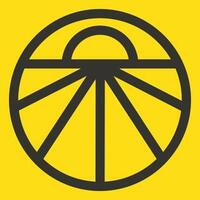