US Representative from Washington state; former Speaker of the House

Mr. Foley became the first speaker since the Civil War to be defeated for re-election in his own district. Mr. Foley’s five and a half years as speaker were marked by a successful effort to force President Bush to accept tax increases as part of a 1990 deficit-reduction deal, and by unsuccessful opposition to the president’s plans to invade Iraq in 1991. He attended Gonzaga Preparatory School and Gonzaga University in Spokane before transferring to the University of Washington, where he earned a bachelor’s degree in 1951 and a law degree in 1957. Afterward, he joined the Spokane County prosecutor’s office, taught constitutional law at Gonzaga’s law school and worked in the office of the Washington State attorney general. In 1960, he joined the staff of Senator Henry M. Jackson of Washington as chief counsel and worked with him on the staff of the Senate Committee on the Interior. In 1968, Mr. Foley married Heather Strachan, a lawyer who became an unofficial chief of staff for her husband. Besides his wife, Mr. Foley is survived by a sister, Maureen Latimer. After leaving Congress, Mr. Foley was chairman of President Clinton’s Foreign Intelligence Advisory Board from 1995 to 1997. He then served for three years as ambassador to Japan, a nation he had studied and frequently visited, in part to promote his district’s farm products. Rather than retire, Mr. Foley remained in Washington, where he and his wife had built a house, and practiced law there at the blue chip firm Akin, Gump, Strauss, Hauer & Feld. He and Jeffrey R. Biggs, his former press secretary, collaborated on a biographical book published in 1999, titling it “Honor in the House.” 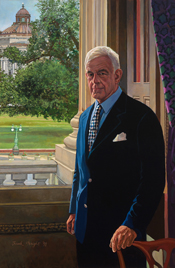