Eric Schmidt has served as our Chief Executive Officer since July 2001 and as a member of our board of directors since March 2001, where he served as Chairman of the Board from March 2001 to April 2004. In April 2004, Eric was named Chairman of the Executive Committee of our board of directors. Prior to joining us, from April 1997 to November 2001, Eric served as Chairman of the board of directors of Novell, Inc., a computer networking company, and, from April 1997 to July 2001, as the Chief Executive Officer of Novell. Eric was a director of Siebel Systems until January 2006. Eric holds a Bachelor of Science degree in electrical engineering from Princeton University and a Master's degree and Ph.D. in computer science from the University of California at Berkeley. 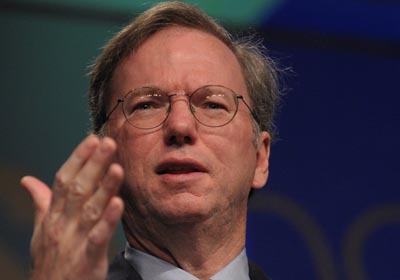