Pritzker is the founder and chairman of PSP Capital and its affiliate, Pritzker Realty Group. From mid-2013 until early 2017, she served as U.S. Secretary of Commerce. An entrepreneur, civic leader and philanthropist, she has nearly 30 years of experience building successful companies. She is a member of the board of trustees of the Carnegie Endowment for International Peace, a member of the Aspen Strategy Group and the Aspen Economic Strategy Group, and a co-chair of the Cyber Readiness Institute. She and her husband, Dr. Bryan Traubert, co-founded the Pritzker Traubert Foundation that works to foster increased economic opportunity for Chicago’s families. Grandchild of A.N. Pritzker (d. 1986), who, with sons Jay (d. 1999) and Robert, created industrial conglomerate Marmon (sales: $7 billion) and hotel chain Hyatt (735 hotels worldwide). Plan to pass control of empire to Jay's son Tom, cousin Nick and niece Penny collapsed in 2001; family agreed to split empire 11 ways, drawing lawsuit by Robert's 2 youngest children, Matthew and Liesel. Settled for $1 billion. Dynastic carve-up in full swing. Sold undisclosed stake in Hyatt to the Walton family's private equity firm, Madrone Capital, and Goldman Sachs for $1 billion last August. Five months later sold 60% of Marmon to Berkshire Hathaway for $4.5 billion; will sell remainder by 2014. Every president gets one freebie cabinet appointment to install a best pal. Bush stuck Don Evans at Commerce. Chatter has the Hyatt Hotel heiress filling that role. She was an early Obama patron--causing some of his old Chicago rivals to portray him as a puppet of the Jews. This race, Obama's national finance chair did her own version of the great schlep, vouching for him with skeptical bubbes and zeides. According to her official bio: Penny Pritzker is a civic and business leader. An active investor, Ms. Pritzker is founder, chairman and CEO of PSP Capital Partners and its affiliate, Pritzker Realty Group (PRG), as well as chairman and co-founder of Artemis Real Estate Partners. PSP Capital Partners, headquartered in Chicago, is a private, family owned firm that invests in dynamic businesses and with funds managers worldwide to create long term value. Pritzker Realty Group, an operator of and investor in commercial properties, is focused on a broad range of direct equity and debt investments in real estate assets, portfolios and joint ventures. Artemis Real Estate Partners, located in the Washington D.C. area, is a real estate investment company that manages institutional capital to generate attractive, risk-adjusted returns. With more than 25 years of experience in the real estate, hospitality, senior living, financial services and private equity industries, Ms. Pritzker previously developed such diverse companies as Vi (formerly Classic Residence by Hyatt), a leader in luxury living for older adults, The Parking Spot, a large U.S. network of off-site airport parking facilities, and Centergate Residential, a vertically-integrated, multifamily development, investment and management company. President Obama appointed Ms. Pritzker to the President's Council for Jobs and Competitiveness which advises the Administration on economic growth and job creation. Ms. Pritzker previously served on the President's Economic Recovery Advisory Board. She was National Co-chair of Obama for America 2012 and was National Finance Chair of the 2008 Barack Obama for President campaign. She serves on the board of Hyatt Hotels Corporation. She's a former board member of the Wm. Wrigley, Jr. Company, Marmon Group and LaSalle Bank Corporation. She's past chairman of TransUnion, a global financial services information company. Much of Ms. Pritzker's civic work focuses on public education. She's advisory board chairman of Skills for America's Future, The Aspen Institute. SAF is a national initiative that brings together businesses, community colleges and others to prepare workers for 21st century jobs. In 2012, she helped launch Skills for Chicagoland's Future, the first city model of SAF. She's past chair of the Chicago Public Education Fund, the first venture philanthropy to raise private equity to invest in public schools. She and her husband, Dr. Bryan Traubert, through The Pritzker Traubert Family Foundation, fund innovative initiatives to improve public education and strengthen school leadership. As well, she serves on the Civic Committee of the Commercial Club of Chicago. Ms. Pritzker is a board member of the Council on Foreign Relations and of The Economic Club of Chicago. She serves as trustee of Stanford University and of the John F. Kennedy Center for the Performing Arts. She's a newly elected member of the American Academy of Arts and Sciences. She's an advisory board member of Brookings Institution's Hamilton Project, a former chairman of the board of the Museum of Contemporary Art in Chicago, and a former member of the Harvard University Board of Overseers. Ms. Pritzker earned her bachelor's degree in economics from Harvard University and J.D. and M.B.A. degrees from Stanford University. 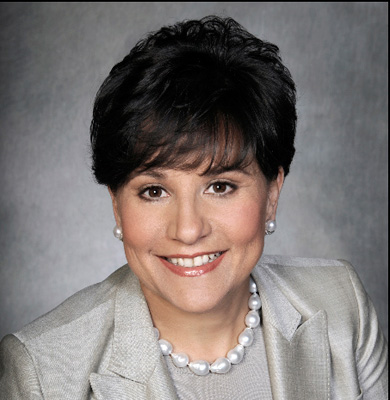