Billionaire; the richest man in Pittsburgh

Grandson of steel tycoon John Hillman Jr., owner of Pittsburgh Coke & Chemical. Diversified family fortune via Hillman Co: real estate, venture capital, private equity. Early backer of venture capital monster Kleiner Perkins Caufield & Byers, LBO titans Kohlberg Kravis Roberts. Invests in biomedical and technology companies. Co-owns downtown Pittsburgh's office and retail center PPG Place. Donates through family foundations; $20 million to U. of Pittsburgh for cancer research, $10 million to Carnegie Mellon. Wife, Elsie, is actively involved in Republican politics. Mr. Hillman’s business prowess propelled him ahead of the Mellon and Carnegie family heirs to become the wealthiest man in Pittsburgh and a perennial on Forbes magazine’s list of the 400 richest Americans. For more than 30 years at the helm of the Hillman Co., Mr. Hillman excelled at buying and selling companies and properties at a profit. Using his personal fortune and through the Hillman Foundation, started by his father in 1951, and the Henry L. Hillman Foundation, many of his most generous donations were in science, technology and medicine, fields in which Mr. Hillman had a keen interest. Mr. Hillman had stepped away from day-to-day operations at the Hillman Co. in the late 1980s and retired as chairman of the board in 1993 at the age of 75, although he remained chairman of the company’s executive committee. Mr. Hillman was happy to leave the spotlight to his gregarious wife, Republican matriarch Elsie Hillman. Mr. Hillman often said the best thing he ever did was marry the former Elsie Hilliard on May 12, 1945. Mr. Hillman was born in Pittsburgh on Christmas Day 1918, the fifth of seven children and the second of two sons to John Hartwell “Hart” Hillman and Juliet Cummins Lea Hillman. His eldest sister, Juliet, was killed in a United Airlines accident when the plane crashed into a Wyoming hillside in October 1935 when he was 16. Five years before Mr. Hillman was born, his father had formed J.H. Hillman & Sons in Pittsburgh. Hart Hillman built an empire in coke, steel, coal and chemicals in the 1920s that included the forerunner to Wheeling-Pittsburgh Steel, and held interests in several banks that combined to form Pittsburgh National Bank, now PNC Financial Services Group. Henry Hillman attended Shady Side Academy and graduated from the Taft boarding school in Watertown, Conn. He earned a Bachelor of Arts degree in geology from Princeton University in 1941 and then served as a pilot in the U.S. Navy during World War II. Mr. Hillman joined Pittsburgh Coke & Chemical Co., in which the family had a minority interest, becoming president in 1955 at the age of 37. He took the reins of the Hillman Co. when his father died in 1959. Mr. Hillman also helped bankroll the famed Silicon Valley venture capital firm Kleiner Perkins Caufield & Byers and New York City’s Kohlberg, Kravis & Roberts, the private equity firm that popularized leveraged buyouts. Henry Hillman’s older brother, John H. Hillman III, who died in 1974 at age 63, was never involved in the family’s business. Mr. Hillman is survived by four children — Juliet Lea Hillman Simonds, Audrey Hillman Fisher, Henry L. Hillman Jr. and William Talbott Hillman — nine grandchildren and more than a dozen great-grandchildren. 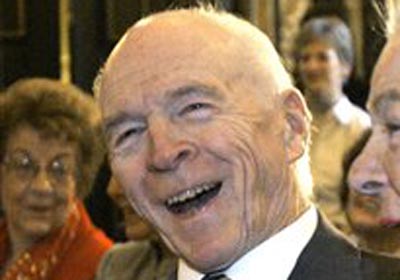