Theodore B. Olson is a partner in Gibson, Dunn & Crutcher's Washington, D.C. office, a member of the firm's Executive Committee, Co-Chair of the Appellate and Constitutional Law Group and the firm's Crisis Management Team. Mr. Olson was Solicitor General of the United States during the period 2001-2004. From 1981-1984 he was Assistant Attorney General in charge of the Office of Legal Counsel in the U.S. Department of Justice. Except for those two intervals, he has been a lawyer with Gibson, Dunn & Crutcher in Los Angeles and Washington, D.C. since 1965. Mr. Olson has served as private counsel to two Presidents, Ronald W. Reagan and George W. Bush, in addition to serving those two Presidents in high-level positions in the Department of Justice. Mr. Olson received his law degree in 1965 from the University of California at Berkeley (Boalt Hall) where he was a member of the California Law Review and Order of the Coif. He received his bachelor's degree from the University of the Pacific in 1962, 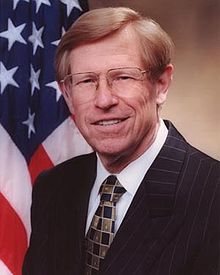