In July 2019 Colony Capital Inc. agreed to acquire Digital Bridge Holdings LLC, an investor in mobile and internet connectivity companies, for $325 million, paving the way for Chief Executive Officer Tom Barrack to be succeeded by Digital Bridge co-founder Marc Ganzi. Prior to Digital Bridge, Mr. Ganzi was the founder and CEO of Global Tower Partners (GTP), which grew from its inception in 2003 into the largest privately-owned tower company in the U.S. at the time of its sale to American Tower Corporation in 2013 for $4.8 billion. Mr. Ganzi led the company's impressive growth trajectory by executing on a series of strategic acquisitions, innovative build-to-suit agreements with wireless carriers, and ground-breaking financings in the credit markets. Prior to the formation of GTP, Mr. Ganzi worked as a consulting partner for DB Capital Partners in New York City where he oversaw investments in the Latin American tower sector. Prior to his tenure at DB Capital, Mr. Ganzi was President and Co-Founder of Apex Site Management, the largest third-party manager of wireless and wireline communication sites in the U.S. Apex merged with SpectraSite Communications in 2000 to create the largest telecommunications site portfolio in the country at the time. Mr. Ganzi also enjoyed a successful tenure for the U.S. Department of Commerce's Foreign Commercial Service Department as an assistant Commercial Attaché in Madrid, Spain in 1990. He also served as a Presidential Intern in the White House for the Bush administration in the Office of Special Activities and Initiatives for the Honorable Stephen M. Studdert in 1989. Mr. Ganzi holds a Bachelor of Science from the Wharton School of Business. He is a member of the Wireless Infrastructure Associations (WIA) and the Young Presidents' Organization (YPO). Mr. Ganzi currently sits on the boards of DataBank, Vantage Data Centers, ExteNet Systems, Vertical Bridge, Andean Tower Partners, and StrattoOpencell . 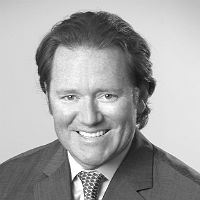