Gerrit Lansing was Chief Digital Officer at the RNC from June 2015 to December 2017 before becoming the White House Chief Digital Officer in January, 2017. Prior to that he was Digital Director at the National Republican Congressional Committee from 2012 through 2014. He cofounded Revv, an online payments platform for campaigns and causes, in 2014. Lansing has previously worked as the Press Secretary for the House Budget Committee under Congressman Paul Ryan (WI) and as New Media Director for Congressman Peter Roskam (IL). The Republican Party’s top digital strategist in 2016 got a nearly $1 million payout from a firm he co-founded that collected online contributions to the party and its nominee, Donald Trump — despite earlie r claims that the strategist had severed his ties to the company. Gerrit Lansing’s joint roles, while legal, have raised questions of cronyism and profit-making at the Republican National Committee. Republican operatives representing multiple GOP presidential and Senate campaigns said that Lansing pushed them to use the company he co-founded, Revv, to collect their online donations after he was hired for the top RNC job. Lansing was subsequently named to a top role in Trump’s White House. Sean Spicer, as the RNC’s chief strategist, denied to POLITICO in mid-2016 that Lansing had any financial stake in Revv. “He has zero connection to Revv,” Spicer said then. “He had to sever the ties.” In fact, Lansing never did. He received a $909,000 payout from the company last year. Revv’s relationship with the RNC and Trump has given it an invaluable database of credit card information, vaulting it from a newcomer to a dominant player in the obscure-yet-lucrative corner of the digital campaign world. The party’s joint fundraising committee with Trump’s campaign, as well as the presidential campaign itself, were Revv’s largest patrons. Together, they paid the company more than $2.5 million in the last six months of 2016, according to FEC records. Lansing was on the RNC payroll through the end of 2016, receiving a paycheck as late as Dec. 21. With Lansing installed atop the RNC’s digital shop, the RNC switched to Revv to process donations. After he became the Republican nominee, Trump dropped the vendor he had used during the primary, Targeted Victory, in favor of Revv. Targeted Victory declined to comment. In less than two years, Revv processed over $300,000,000 in donations from over 3 million donors with over 800,000 saved profiles. 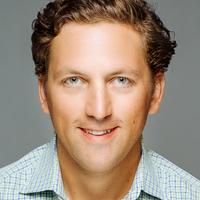