Stephen D. Bechtel Jr., who took over his family’s global engineering and construction company, elevating its already formidable reputation and transforming what had been a hidebound, top-down hierarchy into a modern, if secretive, corporation, died on Monday March 15 2021 at his home in San Francisco. He was 95. In 1960, when Mr. Bechtel was 35, his father asked him to consider taking over as president, just as the elder Mr. Bechtel had taken over from his father, Warren E. Bechtel (1872-1933), the founder. Stephen Davison Bechtel Jr. was born on May 10, 1925, in Oakland, Calif. He enlisted in the Marine Corps Reserve as a senior in high school and was sent by the military to the University of Colorado to study engineering. On graduating from Purdue University in 1946, he married Elizabeth Mead Hogan (known as Betty). They had two sons, Riley, who succeeded Mr. Bechtel as chairman and chief executive, and Gary; three daughters, Shana Johnstone, Lauren Dachs and Nonie Ramsey; and numerous grandchildren and great-grandchildren. His grandson Brendan Bechtel succeeded Riley Bechtel in 2016. Third-generation leader of firm that built Turkey's Ankara-Gerede Highway and the Hong Kong International Airport. Became Bechtel president at age 35, chairman 13 years later. Son Riley now runs the $27 billion (sales) construction outfit. Father and son each believed to own 20% of the company. In July 2007 celebrated opening of Tacoma Narrows Bridge near Seattle, the longest suspension span built in the world since 1960s. New projects include a $1.9 billion expansion of its Worsley Alumina refinery in Western Australia. Owns stake in money management firm Fremont Group. Mr. Bechtel was believed to hold 20 percent of the company shares, the bulk of a fortune estimated by Forbes this year at $2.9 billion. 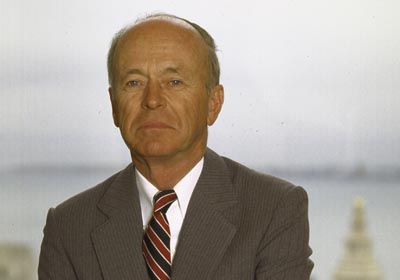