James Dimon Chairman and Chief Executive Officer of JPMorgan Chase. Director since 2000. Mr. Dimon became Chairman of the Board on December 31, 2006, and has been Chief Executive Officer and President since December 31, 2005. He had been President and Chief Operating Officer since JPMorgan Chase's merger with Bank One Corporation in July 2004. At Bank One he had been Chairman and Chief Executive Officer since March 2000. Mr. Dimon is a graduate of Tufts University and received an MBA from Harvard Business School. He is a director of The College Fund/UNCF and serves on the Board of Directors of The Federal Reserve Bank of New York, The National Center on Addiction and Substance Abuse, Harvard Business School and Catalyst. He is on the Board of Trustees of New York University School of Medicine. 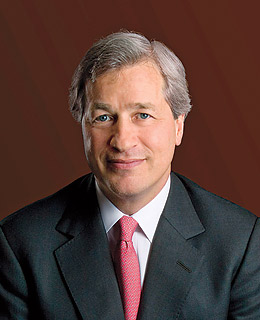